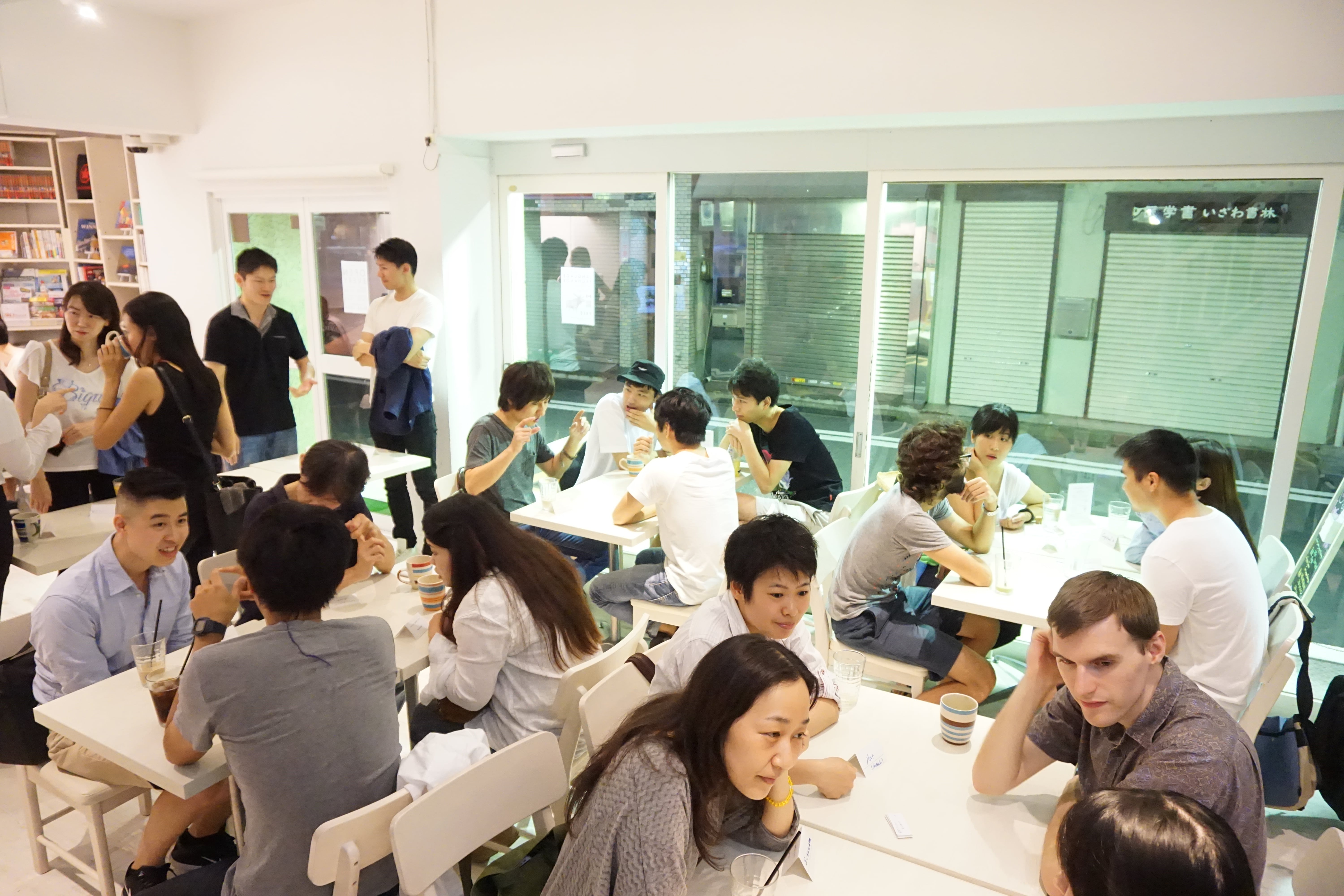 “Language Exchange” is an event where participants take time to causally teach and learn each other’s languages. For example at “ENGLISH ONLY CAFE”, there are thirty minutes sessions alternating between English and Japanese conversation time, so that both language speakers have a chance to learn and teach a language. This is not only fun but also a very effective method of acquiring a language.

This event is a great opportunity to make new friends, and to date has had participants from over 100 countries all over the world.

During the language exchange, members will talk about topics of their choice. The conversations are conducted not one on one, but in small groups of three or four people so it is easier to engage in a conversation without it being awkward even for beginners of either language.

Although the main purpose of this event is for language learning, making friends here is also encouraged, and oftentimes members will have small after parties to go get dinner or drinks.

This is an English and Japanese language exchange event, free of charge for attendance. Speakers of all levels are welcome, and there will be tables according to degrees of language fluency.

For example, we will have a language exchange in French and Japanese, which is the official language of Canada in particular. Of course, French beginners are also welcome.

We will have a language exchange in English and Japanese at the same time and you can participate in either.

We hold every day with speaks only in English. You can change seats every 30 minutes and constantly speak English with several people.

There is an international meetup on the same schedule, so if you want to speak Japanese, you can move.

This is a free talk international meetup in which you can talk more freely than in other meetups.

The language can be Japanese, English, or any other language. You can change seats every 30 minutes and constantly speak with new people.

You can also move to the “English Only Meetup” on the same schedule.

To join our event/seminar, please book through.